What a magical day! I had original met Amylee and John at a wedding I had shot last year up in Yarramalong. It wasn’t long before we were sitting down, and chatting weddings over a beer at Low & Lofty’s, one of my favourite watering holes in Cronulla. Over this conversation I realised just how madly in love these two were, and just how fun it was going to be to shoot their Oatlands House Wedding. As a Hunter Valley Wedding Photographer, I don’t always get to make it down to Sydney for a wedding, but if I do, I want it to be just like this!

When I arrived on the day, everything was in full swing. The girls were getting all dolled up, and the champagne was flowing. The countdown was on, and everyone was feeling pumped! As the Hair and makeup began to finish up, I was informed that John had a special gift for Amylee that he had left for her. I took it up stairs, and was shortly followed by Amylee. Looking absolutely stunning, thanks the the unbelievably skilled Hair and Makeup Teams, Amylee began opening the gift. As I stared through the lens, I could see the tears begin to well up in her eyes. I still, to this day don’t know what the letter said, and I never will. But no doubt, it touched a special place in her heart.

Across at the boys things were as cool and as calm as expected. The Scotch was flowing, and everyone was hydrated for the day ahead. John surely knew that he was going to geat Amylee all teary with his letter and gift, but little did he know, Amylee had a few surprises of his own. As John sat down in complete privacy, he was also brought to tears by what Amylee had written for and given him. It was very obvious that this was going to be a highly emotional day, and we were so excited to capture it.

Before the ceremony got underway, the Bride and Groom had decided to do a First Look. I helped get John in place, as Amylee walked in behind him. You could feel the emotion in the air as John tried to hold back his tears. I counted down, and on 3, John turned around. Such a beautiful moment as he was overwhelmed with emotion at the sight of his stunning bride. The embrace was genuinely a special one, as the couple shared a few words between them. Somehow, Amylee held it together, perhaps because she did not want to ruin her makeup! This was thew perfect pre-amble to the ceremony, we gave them a few minutes together, alone, and then headed for the ceremony. The big show was finally upon them!

The ceremony was absolutely beautiful, its beauty added to by the presence of Amylee and John’s beautiful daughter, and adorable fur baby. This was no traditional ceremony, full of jokes, full of laughter, and even some tears. Oatlands house really provided the perfect setting for these two to get hitched. One thing about Oatlands house is how diverse and varied the settings it offers is. No need to go off site for bridal portraits, everything you could want is at your fingertips. Having already worked with the bride and groom at their engagement photoshoot, I knew exactly what I was going to do to get the best from them. Did I succeed? I think so! Just take a look for yourself at how amazing they looked. Even their fur baby looked smart with his little bow-tie!

From here on out, and Oatlands House Wedding is all about fun, and fun is what they delivered! The rest of the night is exactly how you would expect a hybrid Italian-Hungarian wedding to be…full of dancing and drinking (but only the good stuff)! But before that all kicked off, Oatlands House had one last surprise for everyone. Amylee and John were then introduced for the first dance, and what unfolded next was simply magical. A combination of fog and fireworks really set the tone for this first dance. But nothing, and I mean nothing, could distract John and Amylee from one another. Shortly after the rest of the friends and family joined in on the dancefloor to really ramp up the celebrations, and there was no looking back from there.

Before the night was over, we stepped outside one last time, to give Amylee and John a chance to reflect on the day. It was so lovely to have this opportunity to just sit and hear what they had to say about the day and how much they had enjoyed themselves. I have no doubt in my mind that these two were made for one another. I am already looking forward to the future working with them and their adorable daughter!

You May Also Enjoy
Weddings 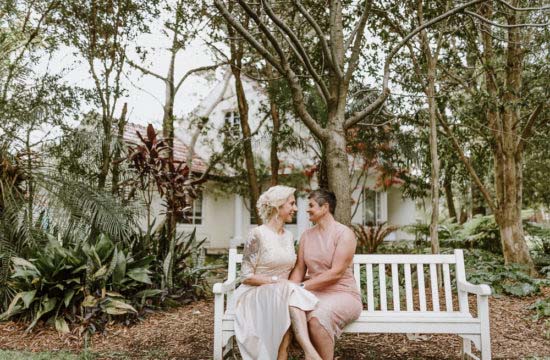 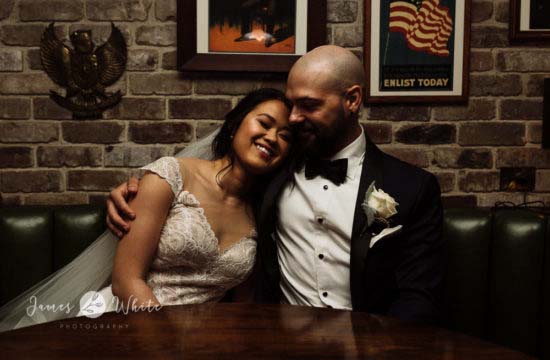 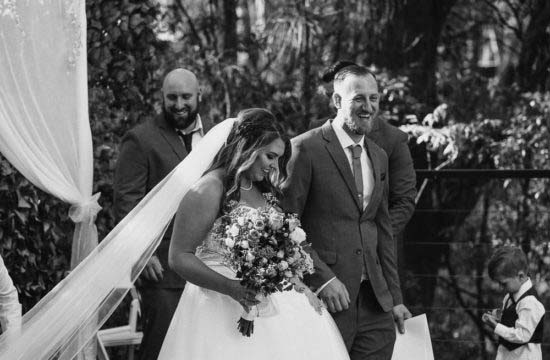 Could This Be The Most Chilled Out Wedding Ever? Weddings 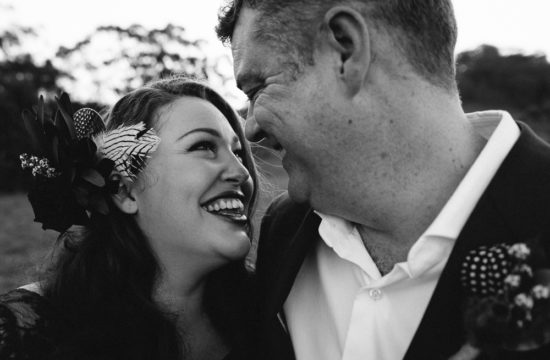